Moving with the times to get out of the petrol business 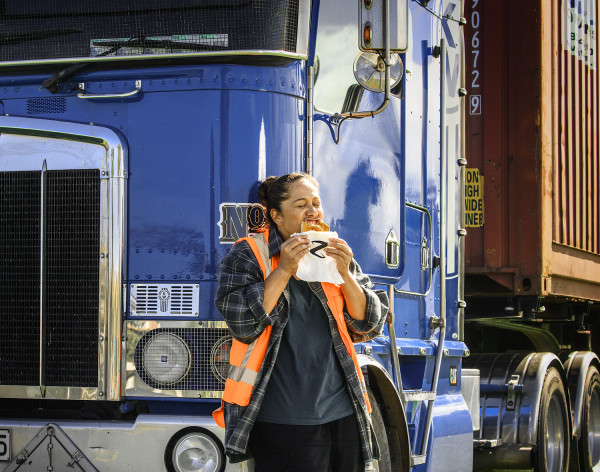 Today Z Energy (Z) launches its latest brand campaign titled Moving with the times, representing the New Zealand of today, and the direction it is heading.

"Z’s new campaign is an opportunity to celebrate the diversity of the country in which we operate, and for us to lean into the tough conversations we need to have to achieve a low carbon Aotearoa – showing all New Zealanders how Z is moving with the times," says Z GM Retail, Andy Baird.

"When we became Z over ten years ago, we created the tagline ‘Z is for New Zealand’. While the tagline remains the same today, we recognise New Zealand has changed and our brand needs to reflect this.

"Z proudly represents the many communities of New Zealand through its 500 employees, 1,500 retail staff and customers across the country. We know representation matters. We wanted to show a cross-section of Kiwi’s going about their daily lives and the role Z plays in supporting them to keep moving. The campaign also points to the future and how Kiwi’s are moving to more carbon friendly modes of transport," continues Andy.

The campaign launches with creative across a range of media, print and digital ads with the headline ‘We’re in the business of getting out of the petrol business’.

"As an essential part of New Zealand’s transport infrastructure with a nationwide footprint, we believe we have an essential role in shaping the future of our country. This campaign sets a provocative challenge to the organisation to live up to its promises, recognising that the Z of 2030 and 2050 needs to look very different to today. We know that this shift is not something that will happen overnight, but it shows Z is focused on the future and ready to adapt as it needs to.

"Z is already on its low carbon journey with ambitious emissions reductions targets and is committed to actively choosing to invest in low-carbon revenue streams that are better for both our customers and the planet. We believe electrons, hydrogen and biofuels will all play a role in the transition out of fossil fuels, and we want to grow strategic partnerships with government and others in the industry to help us get there.

"Z is playing in some of these spaces already. We were the first fuel company to introduce an EV charger at a retail service station, and recent co-funding from the Energy Efficiency and Conservation Authority (EECA) will see us scale up our network of EV charging infrastructure between Auckland, Hamilton and Tauranga. We are also working at pace to bring biofuels to the domestic market in line with the Government’s Biofuels Mandate that comes into place April next year," says Andy.

This new campaign is not solely focused on Z’s sustainability journey. It also talks to Z’s commitment to Te Ao Māori, diversity and inclusion.

"We recognise that our role in New Zealand is not just to help Kiwi’s transition to a low carbon future, but also to lead on other important matters. Diversity and inclusion is one of Z’s four key stands. As a business operating in a proudly diverse nation, we have a highly diverse workforce so any campaign we develop needs to be reflective of that. We wanted a campaign that represented all New Zealanders, and we are really proud of what we have achieved," says Andy.

Z’s latest campaign will be seen through TV commercials, on billboards, in print and digital takeovers.