Home About Z News Accelerating the journey to net zero

Accelerating the journey to net zero

This story was originally published by Microsoft New Zealand for their report 'Accelerating the Journey to Net Zero'. 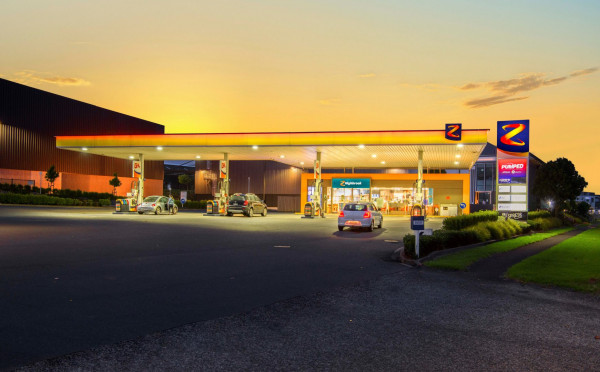 The success of almost every Kiwi business is tied up with Z Energy’s decarbonisation journey. While New Zealand’s energy and transport sectors are some of those leading the way on technology adoption to support their transition to carbon neutrality, the challenges they face in addressing emissions are significant – and as consumers of fuel and electricity, everyone will share in the struggle unless these are resolved. As Z says, creating change will take a strong vision for the future and a collaborative approach to innovation and market development.

When Microsoft released its Accelerating the Journey to Net Zero report in March, the report card for New Zealand businesses’ sustainability was distinctly average. As a whole, local organisations rated highly on their commitment to reducing carbon emissions to address climate change – but much lower when it came to successfully implementing their strategies, to the point where 32 per cent of medium and large businesses were on track to fall short of the 2050 net carbon neutral target.

Some of the best-performing sectors, surprisingly, were energy and transport, along with other high emitters such as agriculture, logistics and mining. In terms of technology adoption to drive sustainability, these industries are leading, with 73 per cent of them using new technologies in their supply chain to reduce its negative environmental impact. ​

Meanwhile, 61 per cent of leaders in the energy and transport sectors reported that their business’s supply chain ​is environmentally sustainable enough to ensure that natural capital ​assets like forests and water supplies are not exhausted, the highest rate in the study. ​They also outshine other sectors when it comes to adopting renewable energy.​

But as Z’s story illustrates, the major challenge for our energy and transport sectors won’t be reducing their own operational emissions. It’s working alongside their customers and in partnership with the government to address the elephant in the room: finding an affordable, scalable alternative to fossil fuels.

The journey so far

Z is one of just 12 per cent of Kiwi businesses identified in the Microsoft report who are already mapping their emissions. Z publishes an annual greenhouse gas (GHG) emissions inventory which is independently verified and includes emissions from its full value chain. It is committed to reducing its own operational emissions (those emissions which Z has the most control and or influence over and can therefore take meaningful action to reduce) in line with the Paris Agreement to limit warming to 1.5 degrees Celsius above pre-industrial levels.

For Z, this translates to a target of 42 per cent reduction in operational emissions over FY20–FY30, including Scope 1 and 2 emissions. This target also ensures Z maintains an accurate carbon footprint, regularly updating emission factors and ensuring that changes in our activities or supply chain are reflected in our calculations.

Z is also a standout when it comes to R&D on more sustainable products, having invested in a first-generation biofuel plant several years ago, as well as recently taking a significant step forward in the scaling up of its EV charging offering, which includes a commitment to continuing to strategically partner with the government and private sector businesses to bolster New Zealand’s EV charging network. It’s aiming to have high capacity fast chargers at 14 sites that will provide 36 charging bays within Z’s retail network by the end of the year to support more Kiwis to make the switch to EVs.

Through its majority stake in Flick Electric, Z is also looking to encourage more renewable energy development. Z is also looking at ways it can partner with others on hydrogen investments to decarbonise New Zealand’s heavy transport fleet.

All of these things – from measuring emissions to collaboration and R&D to support smaller businesses and customers on their own journeys – are recommendations of the Microsoft report. But Nicolas says much more needs to happen in order for Z to decarbonise its revenues, and the same is true for everyone else in the sector.

Because at the end of the day, the vast majority of the products Z sells are refined fuel products. So Z’s decarbonisation strategy needs to align with its customers’ strategies in terms of technology choices, pace of transition, cost and risk.

Ensuring emissions aren’t kicked down the road
The question may be asked – why can’t the energy sector just switch to renewables like green hydrogen?

While some green solutions are becoming readily available, such as EVs, and drop-in biofuels are closer on the horizon, others like green hydrogen are still very much in their infancy. The issue of how to develop these technologies at the right scale and level of affordability is a global challenge.

“Ultimately, it’s difficult to set a clear idea of when it will be possible to make a full transition from fossil fuels because the technology either simply isn’t there or cost-competitive yet in the sector,” says Nicolas. “We’ve tried to face into the reality of the products we sell and that in our industry, there often aren’t really well-developed alternatives. This isn’t a problem of will. It’s fundamentally one of economics. Do we have the right products available at the right price to drive change?”

The Accelerating the Journey report shows the energy and transport sectors are well ahead of others on using and exploring new technologies to decarbonise their operations and products. However, there are still many hurdles to overcome.

While the recent move to close the ageing Marsden Point oil refinery made sense environmentally as well as commercially from an efficiency perspective, Z acknowledges it largely just offshores the emissions created by fuel refining.

As Nicolas says: “By driving operational efficiency and voluntary offsetting, we’ve been net zero on our operational emissions for a number of years. However, our long-term focus is on our customers’ emissions and, by extension, about 20 per cent of New Zealand’s emissions as a whole. Every ton of CO2 “sold” indirectly by us – the emissions embodied in our products – also becomes the direct emissions of our customers. How do we remove that from the equation entirely? We want to actively support our customers who are facing the same challenges and provide a solution that’s as efficient and cost-effective as possible.”

“Our customers’ options sit on a carbon abatement cost curve, starting with relatively low cost interventions such as fuel efficiency initiatives and transitioning light vehicles to EVs, through to higher cost substitutions such as hydrogen or Sustainable Aviation Fuel (SAF). At the high end the alternatives are currently three to five times more expensive and the volumes simply aren’t at scale yet to make these options commercially viable for the majority of customers.”

So, what’s the solution?

“We can’t continue to rely on our existing toolkit”

“Innovation is absolutely the key. We believe the role of innovation in transitioning our energy sector has been underrepresented in the conversation so far,” says Nicolas. “We can’t continue to rely on our existing toolkit. There needs to be more attention paid to innovation on both the supply and demand side of the energy sector (and every other industry) to create the most impact.”

Z isn’t alone in recognising this. In the Accelerating the Journey report, 72 per cent of the more than 800 business leaders and employees surveyed agreed that technological innovation has a key role to play in improving environmental sustainability. However, 29 per cent said the availability of technology to support sustainability initiatives was a concern. In addition, fewer than half (43 per cent) of organisations said they had enough financial resources to execute their carbon reduction policies.

Dr Chris Brauer, who led the research team at Goldsmiths University behind the report, called for financial innovation and dedicated government funding to support businesses to make the transition. At the CIO Summit on March 14, where Microsoft presented its research to tech leaders across New Zealand, he said:

“The New Zealand government has introduced initiatives or policies supporting technology adoption in key industries, upskilling the current workforce and future talent, and the promotion of digital export opportunities. All of these can be connected to sustainability initiatives and reduced emissions. We’d also like to see more public-private partnerships to drive innovation, with clear and consistent regulatory frameworks, guidance and funding to support businesses who want to use technological innovation to reduce their carbon emissions.”

“We need to pull every lever, including greater collaboration on R&D and government policy, including subsidies or mandates to incentivise adoption of certain technologies or materials, and support growth in the market. If we do, there’s a huge opportunity for New Zealand to punch above its weight on decarbonisation technology,” he says.

He believes there’s a greater conversation to be had about transitioning to a low-emissions economy, affordability and energy security, which has been thrown into sharp relief by Russia’s invasion of Ukraine.

“We need a long-term approach to energy policy that sees the government and industry working together. Above all, we need a national energy strategy linked to our climate change goals, to create a clear picture of what the future needs to look like and to bring certainty to investors. We also need to explore trade-offs and opportunity costs within that strategy. New Zealand has finite clean energy and biomass resources, and we care about other environmental factors such as biodiversity and the community impacts of land use. We need to innovate to grow our clean energy resources and to put those limited resources to the best possible use.

“Will we still be using coal and gas for electricity in 20 years’ time? Will a large percentage of our electricity still be required to export aluminium? How much additional wind and solar generation will we need to support the electrification of transport? At the moment, investors are having to hedge their bets on which technologies to get behind. A national strategy would remove that uncertainty and incentivise investment.”