Home About Z News Refreshing the 'destination between destinations'

Refreshing the 'destination between destinations' 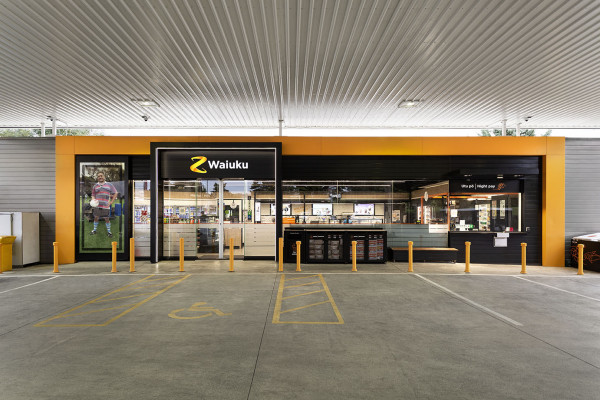 With customers’ tastes changing and store layouts needing to adapt, Z has embarked on a plan to refresh the look and feel of our retail sites.

It’s out with the single-queue blues, and in with the new, as we refresh our Z convenience stores.

A gradual roll-out of revamped stores started last year in Waiouru, and we are looking to treat our customers to space, choice, and speed.

With increased demand for coffee and food, areas had become crowded, with bottlenecks forming as people queued at the same point of sale, whether it be for pre-ordered coffee or fuel.

Layouts channelling customers into one queue, no matter what “mission” they are on, are out.

“It comes down to doing things faster and easier but with better quality. We really do want Z to be for everyone.”

Stores with easy, clear options for different needs are in. Andy notes that the changes are aimed at giving customers a quick, but quality experience. “We’re not their destination.

They are on the way to somewhere. But we would like to become their destination between destinations,” he says. “We’re looking to sell and serve to our customers within ten minutes. We want to be the first choice of coffee for people on the run.”

Andy insists tastes have changed – in every sense of the word.  As a result, stores will feature more counter and display space to support customers’ desires for a range of fresh foods and quality coffee.

“It comes down to doing things faster and easier but with better quality. We really do want Z to be for everyone,” explains Andy.

Tastes in colours have also changed, with a move away from the bright blue uniforms, designed for when visibility as a forecourt concierge was a priority.

Now, with 50 per cent of fuel customers using pay at pump or the Z app to fuel up, our staff’s indoor presentation gets a makeover.

The new uniform gets back to basics, with an orange or white top and black pants signalling a change to a hospitality feel - with staff comfort and pride top of mind.

Andy says, “for us, the test of a good uniform is when a staff member ends their shift, do they immediately change their top, or are they happy to head to the supermarket with their work gear on? If so, that’s a big tick.” 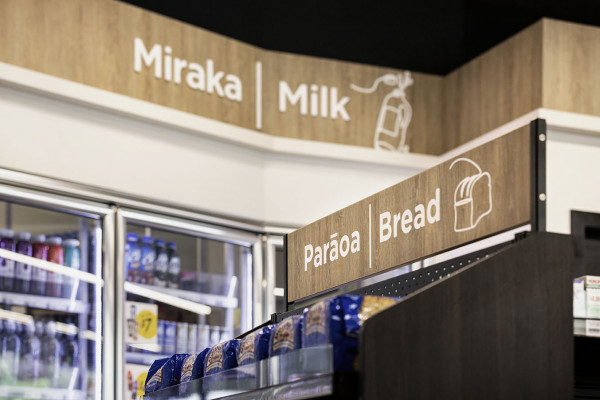 The refreshed look is planned to unfold across 50 Z stores in the next three years.

Z Relationship Manager Design & Build, Anna Lowe, says when Z’s branding took over from Shell in 2011, the stores were redesigned. That was a big change, but since then, we’ve outgrown those designs.

The distinctive Z orange is staying and being matched with classic contemporary tones of dark charcoal and off white. Signage is now bilingual in Māori and English, with an icon highlighting different areas.

Redesigned lighting and the use of textures evoke the feel of a contemporary, fresh and inviting space, and concrete counter blocks provide an instant edge while “keeping it Kiwi”,  says Anna.

After all, one of the reasons the name Z was chosen was that it echoed the first letter of the second word in our country’s name.

Future proofing was also important in the planning stage. With technology moving quickly, the refreshed Z stations feature screens for promotions, which are far easier to update than posters.

Self-checkouts are on the horizon and will be easy to integrate into the new-look stores. The team at Z has so far designed around a dozen new floor plans.

The modular joinery is largely constructed offsite, and the design also enables changes to be made in future while not requiring a complete store refit.

“These are smart builds. We’re aiming for quick transformations, and it’s like a big Lego set we can take pieces from and keep building in future,” explains Anna.

Wayne Kennerley has been with Z as a retailer for over a decade. His Waiuku store was one of the first for the refreshed look.

He says his team felt they were running out of space, with limited cabinets for food and restricted bench space.

Now those wanting to peruse the fresh food options and order a coffee do not have to queue behind someone buying fuel.

“Food, and most especially coffee, is not just an add on. In fact, it’s like ‘Come and buy your food here, get your coffee, and by the way, we sell fuel.”

Wayne says it is a very different look, but both staff and customer feedback has been overwhelmingly positive, with people mentioning the layout and the speed of the store’s transformation.

“It’s unexpected in a good way and it really works,” he says. Staff feedback on the black uniform had also been positive. The change in emphasis to a more café-style feel felt fresh and fun.

“Food, and most especially coffee, is not just an add on. In fact, it’s like ‘Come and buy your food here, get your coffee, and by the way, we sell fuel.”